The Best Creative Chairless Chair You Can Sit Anywhere 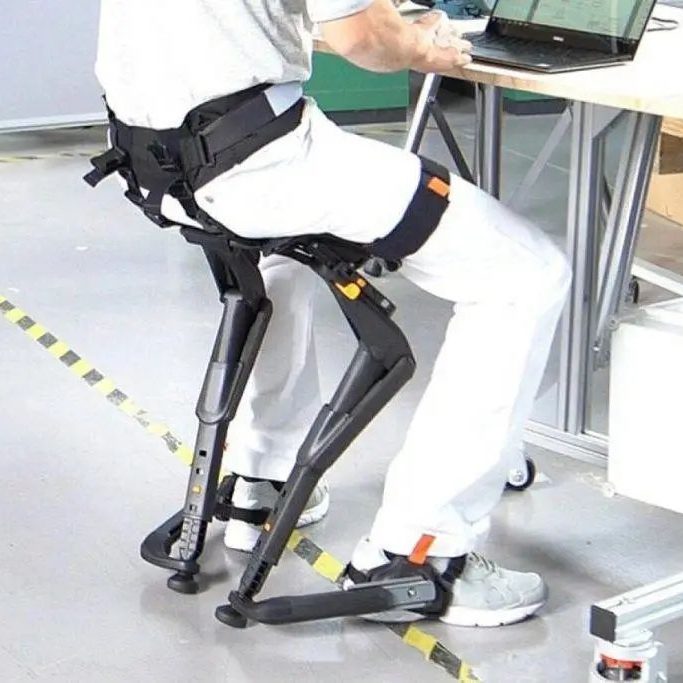 This post recommended you the best creative chairless chairs you can sit anywhere. “Wear” a chair on your body and “sit in place” anytime, anywhere

For many people, maintaining the same posture for extended periods of time, whether standing or sitting, is inappropriate. For example, standing for a long time will lead to “bad consequences” such as increased blood vessel pressure, decreased blood flow, and muscles becoming more and more tense.

However, for many jobs, it is inconvenient to carry items such as chairs for rest, but it is not impossible to balance standing and sitting, just change the way of thinking – “wear” the chairless chair on the body.

Not long ago, a new wearable chair “Chairless Chair 2.0” was launched. After wearing it, the variable damper can support the wearer’s weight, and you can “sit in place” anytime, anywhere, just by bending your knees slightly. You can also use the adjustment device to adjust to the height you want.

Compared with the first-generation product launched in 2014, the Chairless Chair 2.0 device is lighter as a whole, but judging from the wearing demonstration video, it is still slightly cumbersome and needs to be fixed and connected at the waist, thigh and waist respectively.

However, with this wearable chair, it is equivalent to having a device that allows the body to quickly adapt to the ergonomic design.

The wearer can switch between sitting, standing and walking, relaxing the spine, discs and knees, preventing damage to the body from staying in the same position for long periods of time.

In fact, noonee’s Chairless Chair 2.0 is an exoskeleton device. Originally, the exoskeleton is a device used in the military field. It can integrate various systems while also increasing the speed of movement, so the ability of individual soldiers to fight can also be improved.

Since then, exoskeletons have gradually appeared in the medical field to help patients with rehabilitation treatment or assist people with reduced mobility.

In the industrial field, the role of exoskeletons is becoming more and more extensive. With the help of exoskeletons, heavy-duty work such as handling can be made easier, improving efficiency and ensuring human health.

It can be seen that the functions of various exoskeletons are not consistent. For example, the bionic exoskeleton Cray X launched by German Bionics, a German bionics company, allows people to easily lift and carry about 30 feet while the legs and back are supported. kilograms (66 lbs).

Although the role varies, these exoskeletons are actually designed to reduce the burden on the wearer’s body. According to the exoskeleton market growth reported by the International Federation of Robotics (IFR) in the annual World Robotics Study, although the global sales in 2015 only About 5,000 exoskeletons were produced, but in 2017, the number increased to about 8,100.

There are those that improve combat capability, those that assist walking, those that help transport heavy objects, and those that can smoothly switch between sitting, standing, and walking like Chairless Chair 2.0…

Presumably with the assistance of these exoskeletons, activities in many fields may become easier in the future.

The 5 Best Creative Pet Supplies of 2022